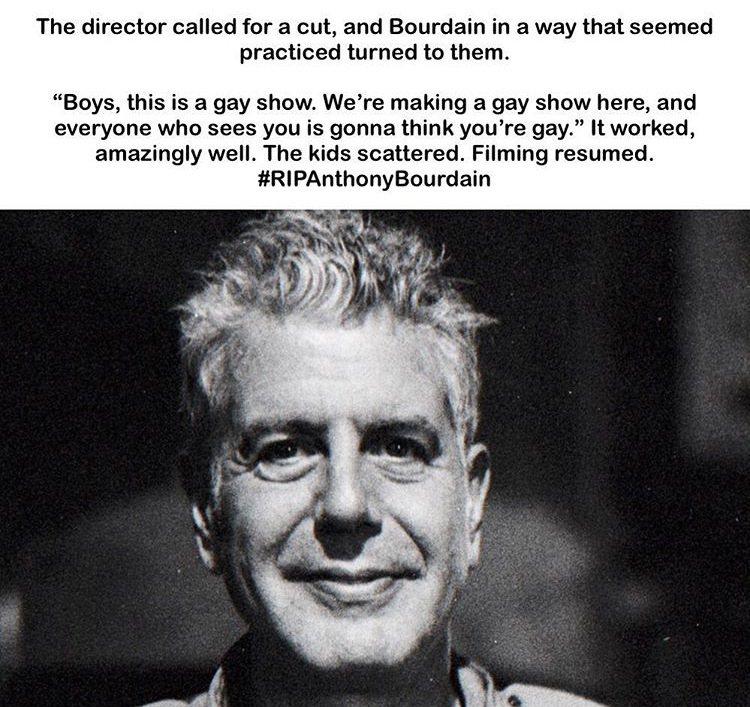 here Is the timeline of everything he has done good in his life.

Madagascar episode. He got off the train and fed starving kids.

He also, bought Halo Halo for the kids in the Philippines.

he wrote a letter to the daughter of the band member “Queen Of The Stone Age” because, he felt bad that she thought he really  destroyed her father’s guitar. It really hurt her feelings. So, Bourdain wrote an amazing letter and said “my daughter loves the grilled cheese I make for her. What does your daddy make that you like?”

He always talks so passionately about his daughter and shows how much he loves her.

he once stood up for the LGBT!

That time when @anthonybourdain stood up for the LGBT community. While he was filming when anti gay people where discriminating them when Bourdain was filming. Classic Bourdain. He’s never afraid of speaking his mind. #RIPTONY #anthonybourdain #LGBT

Eric Ripert said “Tony was my best friend” you could see it on his show. Nothing seemed fake. Always honest. Humble and funny! Really! He was a good comedian. He had a great sense of wit and dark humor that is funny.

A  restaurant owner. Was grieving the death of Tony. He was crying  hysterically. (This is true. I can’t post the video on here or I will start crying)

then some pice of shit journalist for some newspaper. Said that Tony was an “asshole” and people like him will be in “hell” because he killed himself.

all these things i have mentioned are 100% true.

Does anything. Of the timeline of Bourdain seem like a guy that is an asshole? I’m pretty sure being a good father and feeding hungry kids. Is a good person. That guy. I wrote him and called him a piece of shit over and over. Lol. Tony called him an asshole once on his Twitter. The thing that really upsets Bourdain is “lies” as a person like myself. I am a very open and honest person. My personality is very similar to Bourdain’s I was very sad when he passed. He reminds me of what my older self would look like.

I wish someone who’ve said “we love you. Please don’t go”

out of all thr food and people he’s met. I can’t imagine he still felt alone. I have depression too. But, a beer,food and a sunset looking at the ocean how do you feel blessed and cured of everything?

What was the reason for his suicide? The CDC reports that the number one cause of suicide is relationship problems. Was he not over his ex? Did he have problems with his girlfriend? Did he hate being away from his daughter and family? Did poverty and broken homes in the world took a toll on how he felt? Maybe guilt for having money? I want to know what makes someone do this? I’m always left wondering.

Please get help if you are thinking about suicide. Please you matter! See the suicide prevention hotline. See a doctor. Go to the hospital. Talk to a friend. Anything to keep you alive and safe. 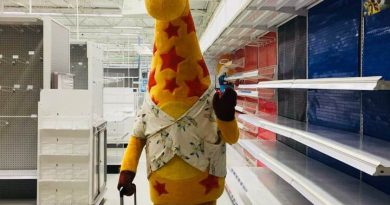