We will not give out the shooters name. He was a 24-year-old from Baltimore Maryland based on what we know there was a press briefing today in Jacksonville Florida the shooter used a handgun three people are confirmed dead more than 10 are wounded more victims have taken themselves to the ER. There is a pending investigation and there is a search being done right now in Baltimore Maryland of where the suspect lived.

all we know is the shooter was a White guy. We will not release the name. If we know who it was. The victims deserve to be shared to the world. Not this jerk off!

Also, the moment it happened. Someone, made a zoomed slow mo video. One of the victims had a laser on him. 😢

Laser sight can be seen running across his chest. This is just sad beyond words. pic.twitter.com/a3wVYZAowt

the suspect is down! This is the moment it happened.

⚠️ WARNING ⚠️ THIS IS DISTURBING!

This is the moment shots were fired at a video game tournament in Jacksonville, Florida

The event was being live streamed on Twitch pic.twitter.com/5mab4XXMbo

more than 10 are shot. 4 are dead. More news is coming in! We will keep you posted!

A guy named Ryan was on CNN says “two shooters” multiple people have been shot. One suspect is down.  This is a developing story we will definitely keep you updated with social media and other resources.

EA Sports: "We are aware of an incident at a sanctioned Madden Championship Series competition in Jacksonville. We are working with authorities to gather facts at this stage, [but] this is a horrible situation, and our deepest sympathies go out to all involved."

BREAKING: Multiple people have been shot at the Jacksonville Landing, according to two of my sources. I’ve been told there are fatalities. Please be careful as we gather details.

A restaurant manager says everyone is on lockdown.

Today someone decided to shoot up a Madden event in Jacksonville.

It’s time esports events (large and small) double down on security for everyone in general and players specifically. https://t.co/PXHwhlDmME

Literally no where in this country is safe. Keeping everyone at the Madden event in my thoughts, stuff like this shouldn’t be happening.

We are aware of an incident at a sanctioned Madden Championship Series competition in Jacksonville. We are working with authorities to gather facts at this stage.

the beautiful Tamashii Hiroka writes me back! 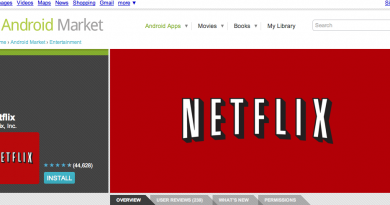 Netflix is now on Android!