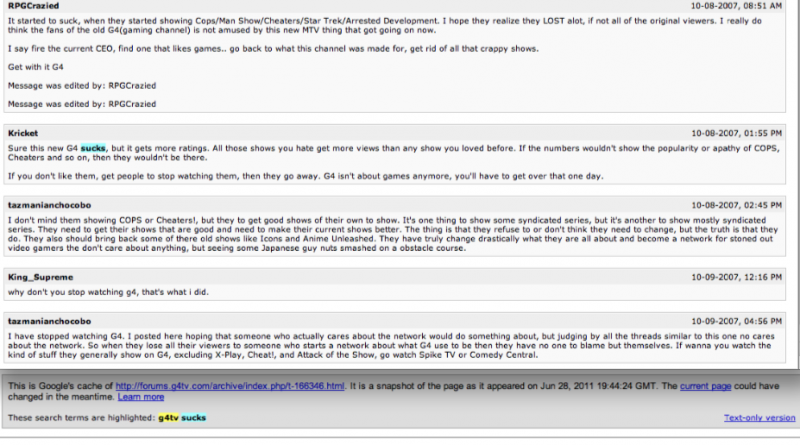 Per the article posted today in TG Daily, Xfire gaming network to be acquired by Viacom, rolled into MTV Networks, comes a biting statement about the G4 network:

Viacom’s competitor in the cable arena, Comcast, is the owner of the newly semi-redubbed G4TV network, which was originally devoted 100% to video games, but has recently branched out to, shall we say, unique forms of “interactive television,” including repackaged reruns of the original Star Trek series with added graphics that interact with…themselves. Ratings numbers give G4TV the unlucky distinction of being the least viewed basic cable network in America – less than evangelistic channels, less than third-rate shopping channels.

Holy sh*t… dead last? I don’t know whether to laugh or to cry, quite honestly. I loved being at TechTV, and I believe there’s still a place for technology on the television screen. This news is really too bad, as it’s likely to discourage any other network to pick up the ball and run with it. Talented geeks are hard to come by – and even when they can be found, you have to be willing to pay for their services. 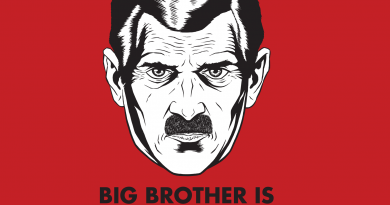 Big Brother Is Watching You