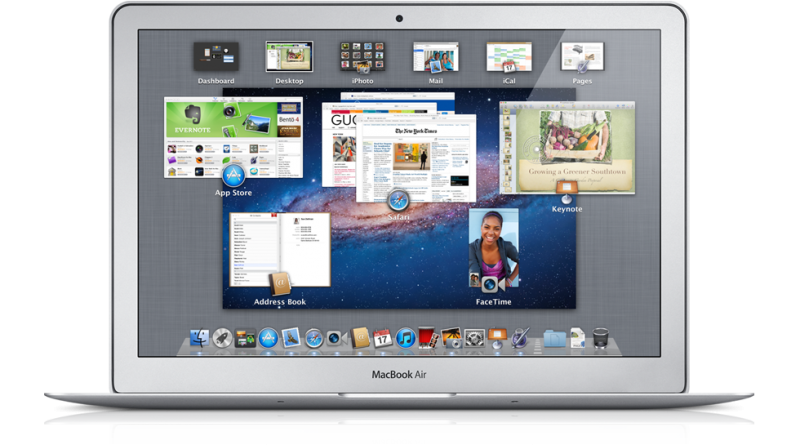 The new MacBook Air products in particular could be a source of upside for Apple Inc. (NASDAQ: AAPL) in the second half of calendar 2011,
Last Wednesday, Apple released Mac OS X Lion which has more than 250 new features including new Multi-Touch gestures, system-side support for full screen apps, Mission Control, the Mac App Store, Launchpad, and a new Mail app.

Apple said that Lion downloads exceeded one million in the first day alone.

“As Lion requires an Intel-based Mac with a Core 2 Duo, i3, i5, i7, or Xeon processor and 2GB of RAM it would generally mean that any Macs 2009+ are likely OK to handle the upgrade (about 33 million Macs in total),” said Ben Reitzes, an analyst at Barclays Capital.

Apple also updated its MacBook Air line to include next generation processors (Core i5 and Core i7), Thunderbolt I/O technology, and a backlit keyboard. The MacBook Air is available in 11-inch and 13-inch models with pricing still beginning at $999.

Reitzes noted that Apple is no longer selling the white MacBook — with the low-end MacBook Air seemingly taking its place as its entry level laptop.

Reitzes said his checks indicated this move may be possible and could help explain some of the very positive indications out of the supply chain in terms of expectations for the MacBook Air through calendar year-end.

New Mac mini also debuted which feature next generation processors (Core i5 or Core i7), new discrete graphics, and Thunderbolt I/O technology. The Mac mini pricing begins at $599. Configure-to-order options include up to 8GBs of memory, a faster 7200 RPM hard drive and a 256GB solid state drive.

For the September quarter, Reitzes estimates Mac unit sales to grow 18 percent year-over-year, which may be conservative given anticipation for the MacBook Air.

“Also, we believe that there was a modest pause of demand ahead of Lion, which consequently should ‘release’ at least some incremental sales in the upcoming quarters in our opinion. We consider Lion a rather major upgrade given how it makes the Mac much more like iOS devices,” said Reitzes.

Vine has improved “the break down”

Kevin Smith: In The Spirit Of Giving

MW3 getting shot up