1. Broad City: I seriously don’t understand how these girls have a show? it’s so bad. I have no idea where the funny parts are. the girls I find very sexy. I mean. that one girls curly hair turns me on. the other one looks like someone I know. (can’t mention the name sorry) turns me on. of that sexy figure and smile. but, other than that. I can’t find the humor.

2. Shark Tank: This show just pisses me off. you have these billionaires wanting half of a company and only loaning $100,000 dollars. or they won’t make a deal at all. I was watching last night and this guy made the bar table jack. it was an awesome invention. fixes a table in seconds and the people at Shark Tank. makes fun of the guy and tells him off like he’s stupid. then I loved his response. “I hope the next time they are at the bar and their table is wobbly. they will be thinking of my bar jack” then they give these rich kid douchebags. dad gave them a million dollars for the dumbest idea ever! a masking pad that covers odors on a shirt and they give them like $100 grand and 15% stake in the company. WHAT A STUPID IDEA. JUST SPRAY FEBREZE ON A SHIRT OR JUST CHANGE YOUR SHIRT! STUPID! JUST ANOTHER RICH SNOBS HELPING RICH SNOBS! F#$@ THAT SHOW!

3. Undercover Boss: I hate this show. so much! it’s such BS! a guy wears a wig and a mustache? come on! they know it’s them! so fake! and like that corporate greed ahole really cares about their employees. yeah! I am so sure!

4. Keeping Up With The Kardashians: DON’T GET ME STARTED ON THIS GOD AWFUL SHOW! DO NOT GO THERE!

5. Hardcore Pawn: That show is so fake. it’s embarrassing. people think this is real. it’s beyond pathetic. all it is a bunch of detergent pricks from the crappy Detroit Michigan. all the show does. is promotes how much Detriot is a s#$@hole! 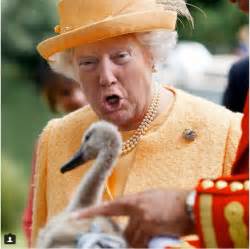